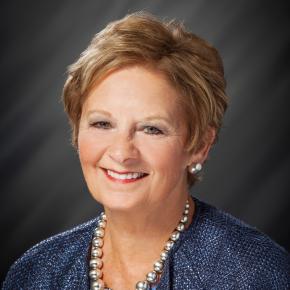 Connie Lawson is Indiana’s 61st Secretary of State. As Indiana’s Chief Elections Officer, she is focused on ensuring the integrity and security for our state’s elections.

She is committed to putting financial criminals behind bars, and believes that stronger financial literacy is the best way to protect Hoosiers from falling prey to scams. Hoosiers’ financial education is often overlooked, but Secretary Lawson is working to end this cycle by covering the taboo topic of money and providing free financial courses in high schools statewide.

She’s also modernized the way the state does business by creating INBiz, a nationally recognized one- stop business portal that serves as businesses’ single point of contact for registration, filing, reporting and making payments across state agencies.

Secretary Lawson serves as Past President of the National Association of Secretaries of State, an honorary governor of the Richard G. Lugar Excellence in Public Service Series, and the honorary chairwoman of the Lupus Foundation of Indiana.

In addition to her public work, she and her husband Jack own Lawson & Company, an auctioneer and real estate company.