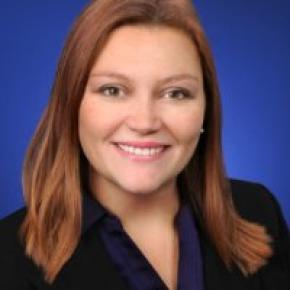 As Indiana’s Cybersecurity Program Director, Chetrice Mosley works collaboratively with public and private stakeholders to administer the development and implementation of the state’s cybersecurity strategy and policy through the Governor’s Executive Council on Cybersecurity. Prior to her current role, she was the Executive Director of External Affairs for the Indiana Utility Regulatory Commission where she led the public relations, policy, and consumer affairs divisions. Additionally, Mosley oversaw the Commission’s Continuity of Operations Plan and emergency management role with Indiana’s Department of Homeland Security (IDHS) Emergency Operations Center. She also served as a Steering Committee member and advisor to IDHS as the agency developed and implemented the first-of-its-kind Crit-Ex tabletop and operational exercise. Before her role at the Commission, she worked for the Indiana Department of Revenue where she was the Public Relations Manager over several strategic initiatives including the launch of Indiana’s Identity Theft Protection Program. An award-winning professional, Mosley has provided public relations and strategic consultation to a number of state agencies and organizations. Mosley earned her bachelor’s degrees with honors in communications studies and public relations from Indiana University.