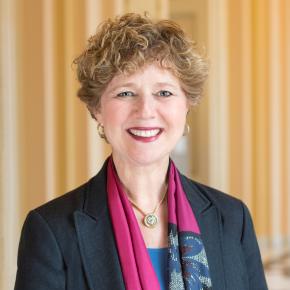 Congresswoman Susan W. Brooks represents the 5th District of Indiana, which spans eight urban, suburban and rural counties in Central Indiana, including the north side of Indianapolis. She uses her background as a Deputy Mayor of Indianapolis, a U.S. Attorney and a community college administrator to improve education, jobs, health and homeland security. She currently serves on the House Energy and Commerce Committee and is a member of the Health, the Communications and Technology, and the Oversight and Investigations subcommittees. Through her membership on the Energy and Commerce Committee, Congresswoman Brooks is working on mental health, substance abuse, biodefense, public safety, telecommunications issues and more. She also serves on the House Select Committee on the Modernization of Congress where she is focused on restoring confidence in Congress and making it easier for Americans to participate in the business of the People’s House.

Congresswoman Brooks’ strong background in both the public and private sectors includes experience as a proven difference maker in areas such as harassment and discrimination, public safety, homeland security, counter-terrorism and economic development. In the 115th Congress, Susan served as the Chairwoman of the House Committee on Ethics where she worked with her colleagues to restore confidence in Congress. She also previously served on the Select Committee on the Events Surrounding the 2012 Terrorist Attack in Benghazi. In the 113th Congress, she was a member of the House Committee on Education and the Workforce and the House Homeland Security Committee where she served as Chairman of the Subcommittee on Emergency Preparedness, Response, and Communications.