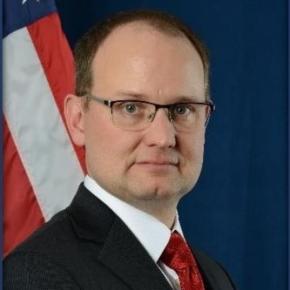 Special Agent in Charge of the Indianapolis Division, FBI

Herbert J. Stapleton was named Special Agent in Charge of the Indianapolis Division of the FBI in February, 2022.
In his previous role, he served as the Deputy Assistant Director (DAD) in the FBI’s Cyber Division, where he lead the FBI’s operational programs targeting sophisticated cyber threats from criminal and nation-state actors.
Mr. Stapleton began his FBI career as a Special Agent in the St. Louis Field Office, Cape Girardeau RA, and later served in the Chicago and Cincinnati Field Offices.
Prior to joining the FBI, he practiced corporate and commercial law in a private law firm.